This project makes use of Adobe After Effects, Adobe XD, and DaVinci Resolve to create an imagined technology in the home that is designed for connectedness. I decided to create a candle-like device that improves communication between a working parent and her child.

While sketching my domestic designs, I often relied on my many long distance relationships with family members and friends to figure out what devices would best help us. I discovered that what is often missing from our relationships that is impossible to (or is difficult to) be achieved using video chat and messaging apps are the feelings of presence and tactility. That is why most of my initial sketches are those that allow people to share their presence or a sort of “physical company” with one another (like the candle and “travel with me” designs), or allow them to share a physical touch through a device (like the “massager” device). 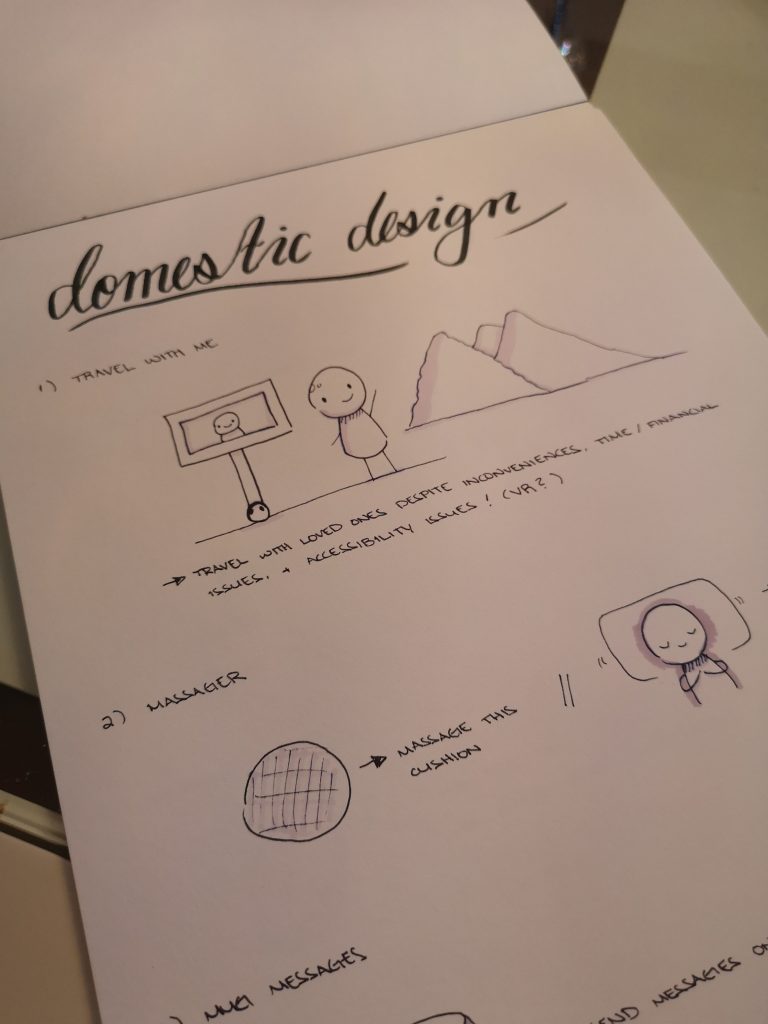 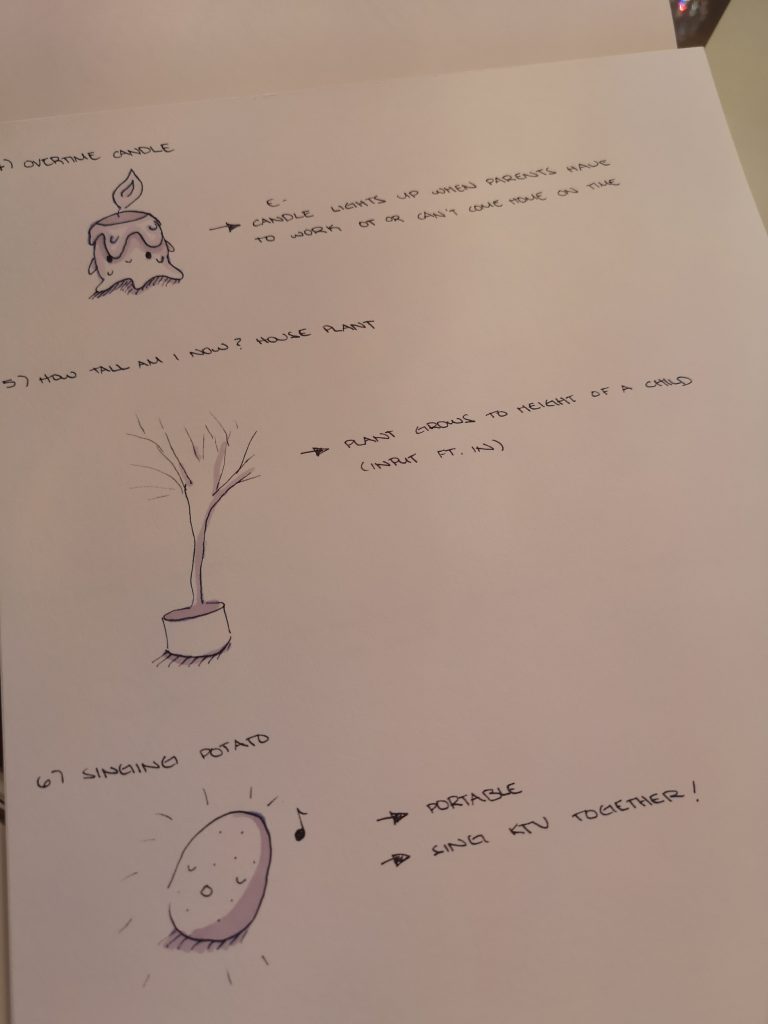 After getting feedback from my peers and professors regarding my sketches, I decided to focus on the candle design. While sketching new designs, I focused on maintaining the candle’s most important features, namely its light and warmth that offer a cozy type of physical presence. However, in the end, I decided to keep the candle design because of its simple and portable design that also logically aligns to its features. 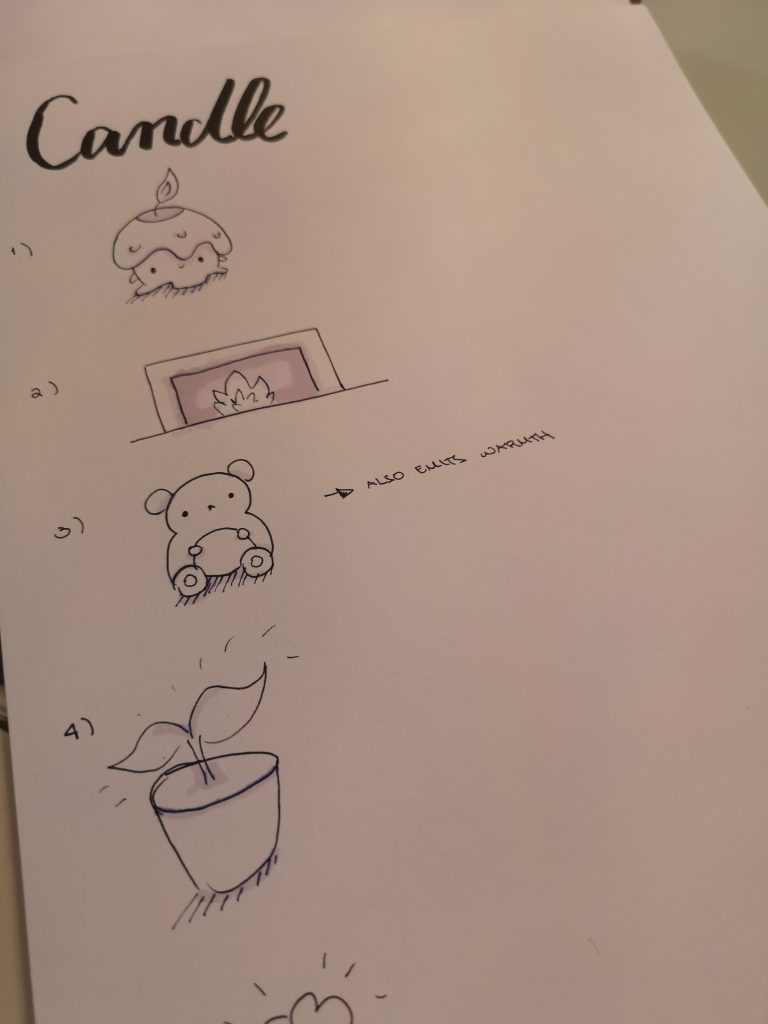 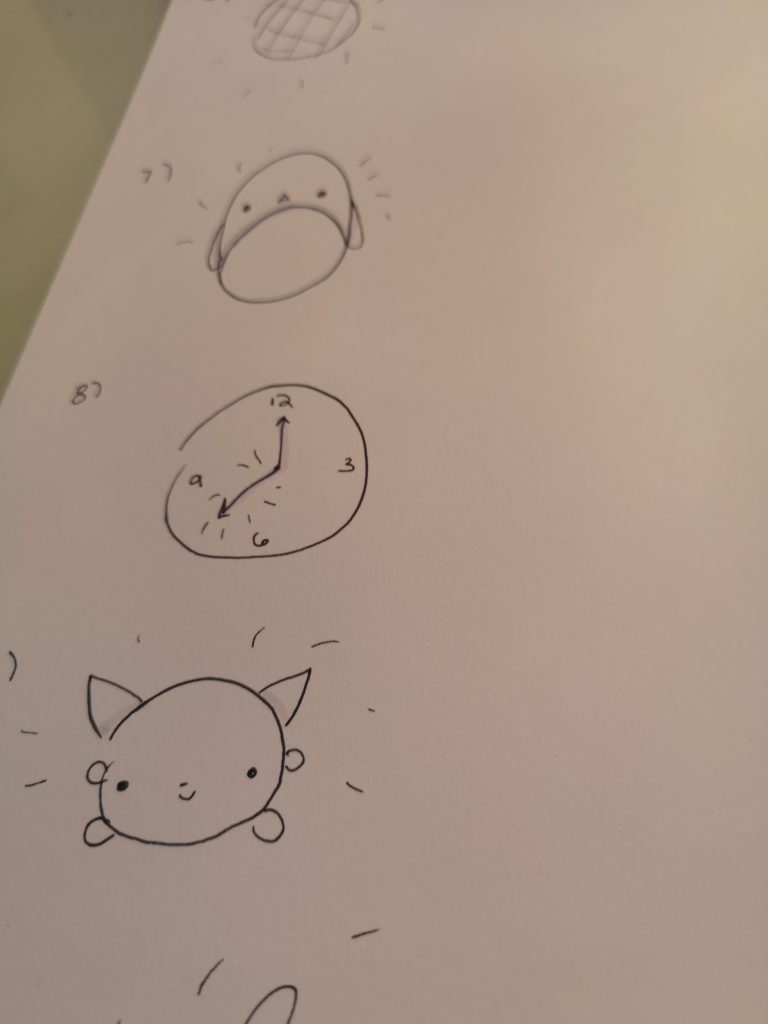 I wrote the script and indicated there what kinds of music I would expect in each scene, and what sorts of actions I would have to do in them. I chose to show and not tell for the most part, sending my messages via visual cues (for example, clothing, the diegetic clock, desk spaces, body language) rather than words. For filming, I used an old Canon Vixia HF R300 because it still has its tripod. The tripod was essential because not only did I have to film everything myself, but there are also scenes where a stable platform was necessary to shoot them (for example, the clips that cut from one timestamp to another).

I created a fire effect on Adobe After Effects that turns into the blue colour when the parent is almost home (about 30 minutes away from home). After exporting it to a video format, I imported it to DaVinci Resolve where I placed it atop the candle. I also created a short mockup of Candle Buddy’s accompanying app (that the parent uses) using Adobe XD, which I then recorded and imported to DaVinci Resolve. The other animations and clip transitions were then done on DaVinci Resolve.

Because I blocked out the scenes thoroughly in the script, editing the clips became easier. My video does not contain a lot of words and no narration at all, so I am relying a lot on visual cues and music to send my message. This decision allowed me to embed more implicit messages into the video, for example, in the beginning clips, the child is shown reading Robert Munsch’s children’s book Love You Forever, thus reinforcing the idea of a parent’s sacrifice and unconditional love for her children; a bond that Candle Buddy aims to strengthen.

The book also only has two characters (a mother and a child), thus reinforcing not only the idea that the two characters in the video are a single working mother and her child, but also that the child is most likely still very young (and so also does not have a phone for her mother to quickly send a message to). Another scene that shows the characters’ two-person family situation is when the child sets the table for dinner – she only sets two meals, one with a larger portion (for the mother) and one with a smaller portion (for the child).

These images show a problem that families with single parents or two working parents must go through, which Candle Buddy hopes to address: the time a parent get home from work may not always be consistent as there could be unpredictable circumstances at work like the need to work overtime. Candle Buddy serves its function in a straightforward way for both parties: the busy parent would not have to spend extra time texting her child the reason why she would be late, and the child can instantly understand the message from Candle Buddy and go back to doing his homework or hobby. The warm flame Candle Buddy provides as opposed to a cold text message from a phone screen is also not to be discounted; its warmth and organic feel should make the child feel better while he waits for his parent, which makes it a more comforting companion.

For the music in the video, all credits go to the 2002 online video game, Ragnarok Online.

Upon feedback from my peers and professor, I decided to completely re-do the candle by painting it instead of relying on a physical candle, and animating it frame by frame on Clip Studio. This way, I have more control in making the candle stand out more, as well as make it look more “artificial,” which some of my peers suggested. This decision also allowed me to play with the candle’s facial features, which makes it a more enjoyable companion.

I also removed the distracting glowing time, and instead focused on the parent’s distance from home. This decision meant removing the flame colour change feature, so the candle now only has two modes: the parent will be late and away (aflame), and the parent is now home (flame goes out). This decision also allowed me to put in an animation at the bottom that shows how far away the mother is from home. In hindsight, this version will probably be more convenient for the busy parent, as using a GPS instead of relying on manual time setting by the parent means less time on the phone application and more time working.